From the minute it opened, profits surpassed anything consultants or bank officials dreamed of. In fact, sales were three-times over the expected range.
Sep 3, 2020 11:44 AM By: NOBA Staff 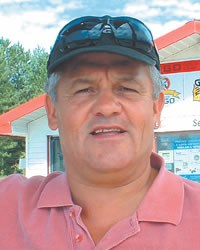 Retirement was the carrot dangling in front of Albert Sewell's nose.

It was the sole motivating factor that gave him the courage to close one business and open another.

For 17 years he owned a logging mill, harvesting the wood then bringing it to the sawmill for cutting. He was grateful to be out in the bush, even though it meant long, physically draining hours.

Sewell was not getting any younger. He was thinking about other business alternatives that could provide him with steady income and maybe even a retirement nest egg. Problem was he didn't have a business strategy or retirement plan, but Sewell did have a business idea and the drive to make it work.

So he approached both a bank manager and a consultant to help him with a feasibility study for a gas bar on the Batchewana First Nation. It was a transforming time, because now Sewell possessed the knowledge and the plan to bring his dream into reality. In 1994, with a $25,000 cash investment, Sewell opened up Sewell Gas Bar.

"I was pretty worried about it," he says.

The 24-by-24-foot station cost approximately $250,000 to build keeping health and safety regulations to code. Double walled piping, state-of-the-art fuel handles are just some of the extras Sewell wanted for his station.

From the minute it opened profits surpassed anything consultants or bank officials dreamed of. In fact, sales were three-times over the expected range. Sewell's first instinct was to pay off the gas station mortgage, but was advised to ride out the 10 year contract.

"It took off unbelievably."

His success has been recognized by his peers, as he is the winner of the 2005 Northern Ontario Business First Nations Business Award.

Any profits were squirreled back into the business and last year Sewell had a mortgage burning party.

During the feasibility study phase Sewell identified approximately 16,500 status First Nation members who might use the station.

Aboriginal people can obtain a white gas card from the province. When they come for gas their white card is swiped and information is filled out, which goes to the government. Approximately two months later Sewell gets a cheque back from the province. Also to make a profit Sewell put his gas price approximately one cent higher than the going rate in nearby Sault Ste. Marie.

Today part of the gas station's trademark is the friendly, service customers encounter when from any one of the seven employees.

Saying "thank you and have a nice day are good gestures that bring people back." It didn't take long before the gas bar became a financial conduit to spur other investments.

Sewell purchased six unfinished houses on the reserve, completed the construction and rented them out as investment properties.

"To this day I do not have a mortgage on nothing. I will use them for my retirement plan."

The first few years were personally challenging. Working 16-hour days without drawing any income, except to feed his three children was something Sewell thought he had to do.

It took a year for him to realize it was his own business.

The biggest challenge Sewell encounters now comes from his own people. Jealousy is rampant in the First Nation reserve.

The community is without a chief and Sewell says it is like moving ahead without an economic compass. The community lacks direction and discipline and that poses some challenging situations for on-reserve businesses.

"(Council and I) are steady feuding. That is the biggest hurdle here. (Members and council) see the houses and what I am driving and it's all jealousy. We have been broken into 26 times since 1994 and the (police) have caught no one."

"I can't afford to carry insurance anymore because it's so ridiculously (high).

We just got hit three time in the last two weeks."

In spite of the social challenges Sewell wants to keep investing in his community. Plans to build a strip mall is in the works with Millar Engineering Corp. developing the design plans.

"I am so impressed with this building and feel so good about it."

The 160-foot strip mall will house six-office units at 1,000 square feet, two-1,200-square foot apartments and the gas station that will include a Country Style donut shop.

He has to approach the band to get approval for construction.

"I really feel it is going to be a success."

Looking back Sewell is content with his business success. At times he wanted to call it quits and put a "for sale" sign up in front of the gas bar, but his children would not have it.

The business has turned out to be a vested family endevour. Even cousin Jessica Roach, the daily manager ensures the operation is running smoothly.

In fact everything Sewell seems to touch these days turns to gold. Perhaps his fortitude, faith and future vision has payed off.

"Sometimes I have to stop and pinch myself to see if this is real."