NEOnet now services approximately 60 communities and has brought $85 million in telecommunications investments to the Cochrane and Timiskaming Districts.
Sep 3, 2020 11:48 AM By: NOBA Staff 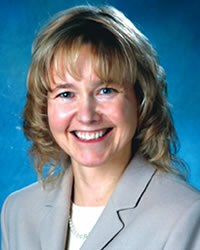 "It is about helping people," she says from her Timmins office.

For Matear and her team of four, information technology (IT) is about enhancing a business, saving time and money and opening doors. Although Matear says it has been a challenge to make people aware of the technology, NEOnet and its highly qualified staff have taken on the challenges faced with Northern Ontario's massive and sparsely populated geographical land base.

A strong synergy and a focused mandate have contributed to the non-profit's significant impact in the North, and have now earned the organization the 2005 Northern Ontario Business Award for Entrepreneurial Community of the Year. Matear says their ability to work across the boundaries of job titles in a non-hierarchial work atmosphere, while still considering their own responsibilities, has helped them work effectively with many complex and multiple projects. "It's an extremely important factor that has allowed us to manage up to 20 different projects a year without dropping the ball," she says.

NEOnet now services approximately 60 communities and has brought $85 million in telecommunications investments to the Cochrane and Timiskaming Districts.

Prior to NEOnet's inception, individual communities did what was best for their own communities. Unfortunately, due to the North's demographics, no single town had the critical mass to be able to get something done on its own.

What sets NEOnet apart from the others is their ability to see the long-range needs and benefits of IT.

"Once we got here, we realized there was so much more that was needed," Matear says.

As a not-for-profit business, NEOnet faces a challenging operating framework that receives no government operational funding, while at the same time, does not compete with the private sector. Yet the company has been able to seek support through private sector partners, municipalities and memberships. They have also been recognized for their IT model and ability to get the technology out there.

With a host of success stories, NEOnet has obtained funding for a variety of projects that has impacted significantly on the region and area businesses.

Securing almost $6 million in funding to erect cellular towers on remote highways was a boon to the area and rallied more than 300 individual letters of support in the region that impacted the decision to fund the project. "It really got people involved at a grassroots level and made them feel 'We can change things ... one person can make a difference,'" Matear says. NEOnet was also one of the few organizations from across Canada that were chosen to deliver a broadband pilot project that is in the process of connecting 23 communities with high-speed Internet. NEOnet's ability to extend their mandate beyond infrastructure has also contributed to their success.

One example is a portal called "Resourcecentral." This project was a consolidation of approximately 50 websites in the region. The portal created a common website and e-mail address system, as well as a forum for people to communicate with each other. It also provides tutorials for self-learning, time saving methods and best practices, such as job search programs, educational opportunities for online courses, and other government information.

"We're really proud of that one because it is not just the infrastructure that makes a difference, it's making people aware of how to use it," Matear says. "That's been an overlooked element of community development when it comes to technology."

Another element that makes NEOnet progressive is the educational component, which involves the community. When an interest is expressed, NEOnet then goes in and explains the options and what the system offers. This allows them to devise a strategy that suits the people's needs.

"That is why when it does go in, we see such high adoption rates, because it is something they wanted," Matear says.

The impact of IT within the company's 60 regions is difficult to measure because there was never a baseline established, but Matear says 16 jobs definitely resulted from NEOnet projects. Intuitively, it is making a real impact based upon informal feedback from communities and businesses.

Additional factors that have maintained the company's competitive edge in securing government funding for projects include a stable and involved board, a highly qualified staff that has developed a competent, positive track record. Matear adds the support of organizations like FedNor and the Northern Ontario Heritage Fund Corporation has been critical to their success.

As NEOnet continues to be proactive, many future plans lie ahead, one of which is to export their model of community technology development to organizations that are interested in doing similar things in their area.

"We would like to share our successes and documentation that we have and try to make sure there is something like this going on in any area (in Canada) that needs these types of services," Matear says.