William Day longs for the times when he could "wheel and deal" on a handshake, when major contracts with trusted customers were sealed without reams of paperwork and one man's word was better than any written document.
Sep 2, 2020 4:59 PM By: NOBA Staff 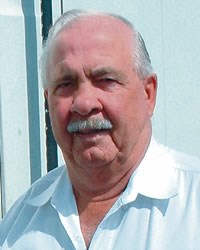 William Day longs for the times when he could "wheel and deal" on a handshake, when major contracts with trusted customers were sealed without reams of paperwork and one man's word was better than any written document.

"I really miss those days," says Day, 71, president and founder of Day Group of Companies.

The company was built on honesty and trust was how and those values continue to be the basis of expansion. It's the single biggest reason behind growing from a one-employee firm to a diversified 450-employee operation encompassing transport, construction, aviation, forestry, and environmental divisions covering all of northeastern Ontario.

It also likely has a lot to do with his being named the Northern Ontario Business Awards 2005 Entrepreneur of the Year.

"The real secret to success is to be honest with your customers and give them what they pay for and what they want. Everybody says that but not everyone does it. We work hard at it. We bend over backwards to give them service."

Born in the panoramic Gaspé Peninsula town of Escuminac, Que., a farming a view of the north shore of New Brunswick, Day spent his early working years in the bush alongside his father, Oben, a bush contractor for CIP (Canadian International Paper Co.), a local sawmill.

At 16, restless and tired of working in the bush, he packed his belongings and together with his uncle Kenny Mann and brother-in-law Ted Gregoire, steered his 1937 Chevy west. In September 1950, they landed in the booming mining town of Sudbury.

"Here's where we ran out of money," chuckles Day, "and we've been here ever since."

In a city caught up in the post-war building frenzy, Day and his relatives landed jobs almost immediately as construction labourers. Inco Ltd. was erecting a new subdivision in the town of Lively. Sudbury was a land of opportunity where a young man with a strong back and tenacious work ethnic could work seven days a week if he wanted.

"You could work 24 hours a day and we were used to working hard, so we didn't mind."

After bouncing between construction jobs in Sudbury and northern Quebec, he put down roots for good in the Nickel City working as a carpenter in the newly opened Fecunis Mine in Levack. He bought his first truck, a three-ton GMC dump, in 1953.

His first "big break" came when Falconbridge Ltd. contracted him to do short-haul mine service work. He was also hired to install sewer and water piping for the new town of Onaping.

"From there it was one job after another."

In 1955, following the hiring of employees Day Group of Companies was born. The acquisition of Orm Purvis, a contracting company with trucks and loaders at the Levack Mine site, secured more work from Inco.

A direct route to Timmins in the early 1970s on Highway 144 made way for a 31-year friendly relationship with Malette (SP) Lumber hauling logs and wood chips.

"We never had a contract. Never had a piece of paper signed. The way we did business was a handshake. Even with Falconbridge, the job was done before the paperwork was written."

The road allowed Day to open up a new heavy equipment site in Timmins and Gogama predominantly for mining and forestry operations.

In fact, the company became so versed in the forestry business that in 1988 Day purchased an abandoned sawmill with Domtar Inc.

"We seem to slip in there and get contracts and make a go of it when other forestry companies can't do it."

"We should create five to 10 per cent new jobs each for the next five years."

Change does not come without risk. A true entrepreneurial spirit grows in the face of closures, acquisitions, shutdowns, strikes, takeovers, and losses of contracts, Day explains.

Managing and maintaining a constant vision and drive is key.

"If you run a good ship it is not hard to make changes to keep up with the times."

Also in the 1980s, Day bought out contracting company Nelson Chalute of Copper Cliff. The acquisition provided new contracts and an adequate location for the ever-expanding company. But not even their 10 acres could contain his growing business.

Today, the Day Group of Companies has spread out to include Day Construction, Day Aviation and Day Transport, with heavy hauling for industrial and mining houses and waste management operations. The businesses required a larger piece of land, so Day found 73 acres at 2500 Elm St. where an office, a five-bay garage and a helicopter pad for three helicopters and two fixed wing aircraft are housed. Two other sites, one in Levack and another in Hamilton, provide storage and equipment parking.

Heavy hauling of overweight, over-dimensional equipment from province to province is their specialty.

"Actually, we are the only ones in the North that can handle that."

His five sons work for him. Shawn takes care of all the bush operations, Bart buys and sells heavy equipment, Darren is the construction manager, Everette oversees the transport department and Andy, who owns his own truck, transports chips from the mill to customers.

Employees at Day Group are credible, trustworthy workers. They have a wealth of knowledge, experience and are compensated with benefits parallel to Inco and Falconbridge.

"I don't put up with any shenanigans. There are no slouches. Every one pushes hard to get the job done."

Day admits it's not easy to transition from being a mechanic to being a company president.

It is how he achieved such success. He comes into the office at 8:30 am and leaves at 5:30 pm. Time spent at the business is crucial. One has to keep their eyes and ears open for potential opportunities, he says.

"You cannot spend time in Florida and expect your business to go smoothly."

Day has no intention of retiring any time soon, but has made succession plans for when the day arrives.