“I would love to see Thunder Bay become a city at the forefront of environmental sustainability…"
Sep 3, 2020 11:40 AM By: NOBA Staff 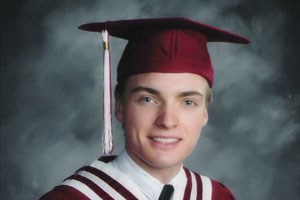 “Whenever I see a wind turbine, I think of it as a wise investment and a very good way of developing our resources,” he said.

The 18-year-old Lakehead University student and resident of Thunder Bay, is studying an honours degree in bioinformatics, a field of science that applies statistics and computer science to the field of molecular biology. A 97 per cent average in Grade 12 awarded him a $5,200 annual scholarship from Lakehead.

Although his future is wide open, he anticipates he will seek out work in the research field.

“When I go to university and into my career, I want a job where I am always learning,” Howard said. “I want to make sure it is challenging and must include the sciences and maths.”

His strong interest in those subjects has provided a path of greater awareness about the environment and how to better manage it. Thus, writing an essay themed “Embracing Environmental Stewardship” seemed a logical progression for the young scholar.

Ultimately, Howard believes we are all environmental stewards, responsible for managing it in a sustainable way because the economy, environment and health of the community are all interconnected in a thriving and diverse ecosystem.

His essay explores unique ideas about environmental sustainability and how it relates to his home community of Thunder Bay. He drew upon his own experiences from travel in Europe, and the Ontario Envirothon, a provincial competition Howard participated in during his high school years. It has expanded his environmental knowledge and its application to real-world situations.

“One thing I learned from Envirothon is that in order to get more people interested in the environment and looking after it, you can’t just focus on the long term,” he said. Making smart and responsible everyday choices helps achieve those goals.

Howard also presented the idea of natural capitalism through sustainable practices by utilizing natural resources. “How much does the environment do for us for free?”

Howard referred to marshlands that clean toxins naturally through filtration and investing in natural energy systems like wind farms and solar panels that tap into the planet’s renewable resources.

“Wind power makes a lot of sense to me, because it is a constant energy source and the energy, once produced, is very affordable,” he said. “There is a high start-up cost, but the payoff is huge.”

The idea of manufacturing wind turbines in Thunder Bay to sell and use not only locally, but internationally in order to create renewable energy and long-term economic sustainability, is something Howard sees as providing long-term solutions to an area that has, in the past, been reliant upon an ailing forestry sector.

“In Germany they are developing wind turbines and selling them around the world,” he said. “Wouldn’t it be cool if Thunder Bay invested in it? We’re interested in sustainability. Let’s develop a factory here for not only our own power projects, but for others in Canada and around the world.”

Living on the outskirts of the city, Howard makes the effort to reduce his reliance upon cars by cycling, running or hiking to get to where he is going. An active lifestyle has provided an easy transition for Howard to lead by example.

Life experiences gained through travel have also made him realize that being an environmental steward is about making the right lifestyle choices, be it walking to work, taking public transit, being more conservative in energy usage, or governments legislating renewable energy projects for new housing projects.

With education and time, he is hopeful that environmental stewardship will become a way of life in Thunder Bay and other communities.

“I would love to see Thunder Bay become a city at the forefront of environmental sustainability…a city that derives its power from renewable resources, focuses on developing newer technologies for Canada and the rest of the world, and takes the initiative to get other communities to join along and become better stewards for the environment.”