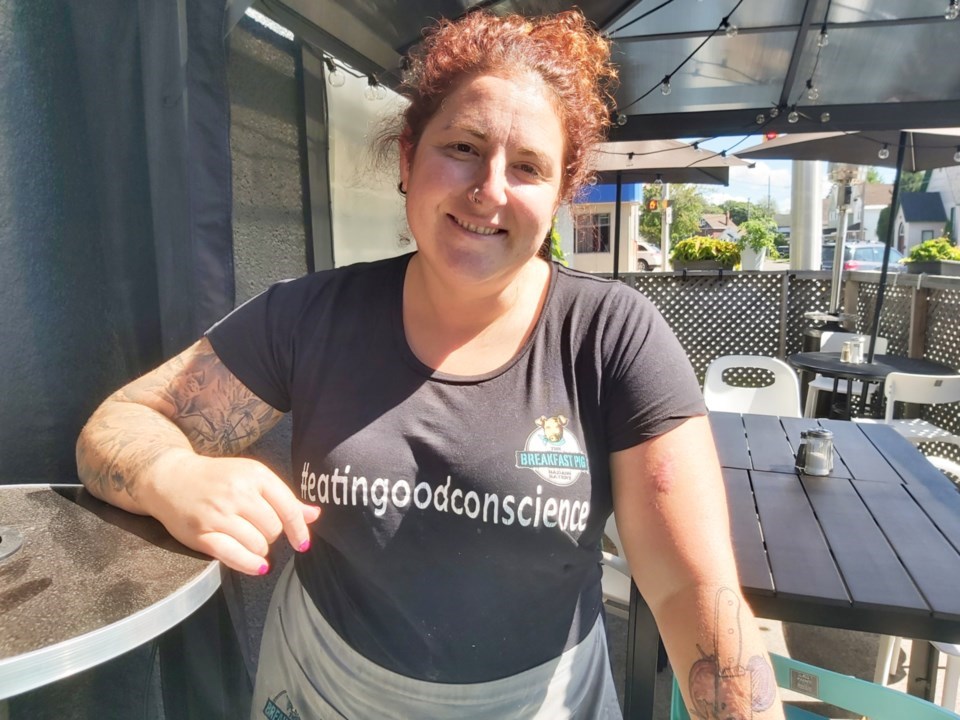 Angela Caputo made her first business decision with her heart, not her head.

The Sault Ste. Marie born-and-raised restaurateur started working in the food industry at 19, serving at a local bar. She’d been serving for six years when she decided to buy the bar with a friend, and give running her own place a shot.

It was harder than they’d expected.

“It was a bit like a sinking ship. The bar industry was changing, but I just loved it. I thought I could make it happen,” said Caputo. “After two years I stepped away from that business and wound up having to go back into school.”

She gave office work a try, too, but Caputo never settled into any of the other roles she tried.

While her first venture didn’t last, it had given her a taste for running a restaurant she couldn’t forget. Fortunately, another chance arose not too long after, when a local restaurant went up for sale. This time she did things differently, though.

“This place I got to build from the ground up. The structure of it was existing but the business is mine. Right from the concept up,” said Caputo. “I think I was older and I just came into this ‘take no bull attitude’ and I did what I wanted to do.”

That’s not to say The Pig (as locals call it) didn’t have its skeptics at first.

She was right, and her wager on local support paid off. Sticking to what she believes in seems to work, too. The Breakfast Pig is a farm-to-table restaurant with a focus on local food – especially meat. While they commit to a minimum of 25 per cent regional ingredients, Caputo estimates that number is closer to 50 per cent.

“I love being able to use seasonal ingredients. It’s a big deal for us. We change our features usually monthly,” said Caputo. “For me it’s always been great to be able to call a farmer and ask them what’s going on.”

Recently, Caputo was pushing the limits of what you can do with peaches.

“People see peaches all the time in August and just eat a peach, but we take it to the next level. Right now we’re doing a pulled pork and grilled peach quesadilla with a fresh Ontario corn and peach salsa on top,” said Caputo. “It’s not something the average person would just think up and throw together in their kitchen.”

Besides expressing her creativity through food, Caputo said one highlight of running The Breakfast Pig is seeing how much the industry has changed since she started out.

“What’s been pretty cool about our up-and-coming generation is I think you’re seeing a lot more people supporting one another and wanting to see success,” said Caputo. “The old-school mentality was competition, but it’s nice to have camaraderie.”

“And, looking at it on a larger scale, in this industry, I don’t know that people 10 years ago or 20 years ago would have been hearing about a female entrepreneur and cook winning an award like this.”