Established in 2013, the company set out with the goal of becoming the premier builder of clean-tech diamond core drill rigs in North America.
Sep 1, 2020 12:00 PM By: NOBA Guest 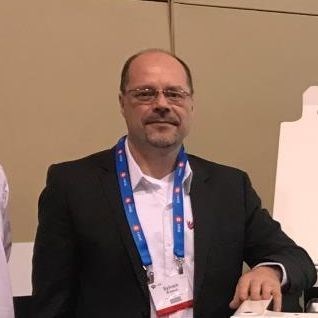 Established in 2013, the company set out with the goal of becoming the premier builder of clean-tech diamond core drill rigs in North America. Led by Sylvain Brisson and David Jones, Drillco’s management team has more than 50 years of combined experience in the industry, engineering solutions to drilling challenges.

“Drillco was founded on the belief that the selection of core drill rigs currently available on the market has not kept pace with the demands of a changing industry,” the company notes. With traditional drilling technology, companies would need a different drill application depending on where they were working: underground, on surface or skid applications, and at fly-in locations.

But Drillco’s system can be used for all three and at lower cost, with increased safety, and with a lower environmental impact than traditional systems.

The company’s first foray into this area occurred just four months after startup, when it manufactured and sold a custom-designed drill rig to Saskatoon based Xtreme Mining.

From there, the advancement of the technology came in increments. First, the company developed a fully automated hydraulic console to act as the controls for their modular drilling system.

Next, the company developed its first clean-tech drilling system. Though it was only useful for underground applications, this prototype worked well with the hydraulic console.

Seeing the potential in the new technology, Québec-based Forage Asinii Drilling purchased the rig, where it was used at a Timmins-area mine with great results. So great, in fact, Forage ordered a second unit within the first month of using it.

“The second prototype was designed, manufactured, assembled, sold and delivered to Asinii in less than two months,” the company notes. “The two drilling systems using the hydraulic control console proved to work efficiently and effectively in a harsh and rough underground environment.”

Over the last four years, the company has steadily completed design, engineering and manufacturing work on the modular drilling system, sending prototypes to a variety of clients, including North Bay-based Foraco Canada, which purchased its first drill in early 2018.

Today, Drillco’s clean-tech modular drilling system boasts a number of environmental advantages: savings in electrical power, oil and fuel consumption; a reduction in the number of hydraulic hoses and connections, which reduces leaks and spills; and a magnetic filtration system, with no discarded filters.

That environmental advantage, combined with cost savings, flexibility and operational efficiency, makes the drill system the first of its kind in the world, and Drillco believes its potential impact on the industry can’t be overstated.

“Drillco’s proprietary clean-tech modular drill system is the first of its kind worldwide,” the company notes, “and we believe will be a game-changer in the core drilling business.”