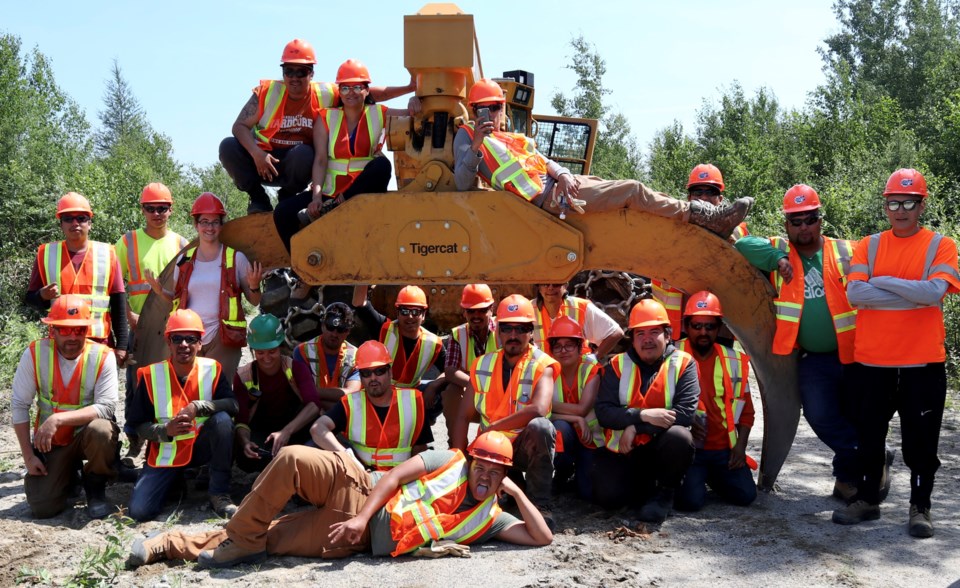 A precedent-setting agreement between three First Nation communities and the provincial government has reawakened a once-dormant forest unit in northwestern Ontario.

For many years, it had been an aspiration of Aroland, Eabametoong and Marten Falls to obtain a sustainable forest licence (SFL) for the Ogoki Forest, which sits within their traditional territories, 400 kilometres northeast of Thunder Bay.

The nearby Nakina sawmill was shuttered in 2008 by Buchanan Sawmills following the crash of the U.S. housing market, and for 10 years the 11,000-square-kilometre forest unit lay relatively dormant.

For generations, members of the three neighbouring communities did not have a say or direct involvement in the management of the Ogoki or with the fibre that supplied the area’s forest products sector.

That’s why the signing of a historic two-year interim agreement between the Agoke Development Corporation with the Ministry of Natural Resources and Forestry (MNRF) in March 2018 was considered groundbreaking.

Through the First Nations-run Agoke Development Corp., the responsibility of managing the Ogoki has been handed to the three First Nations, allowing them to become the stewards of the land.

It sets the stage to start negotiations with the MNRF on a longer term 20-year agreement that will begin in 2020.

Jason Rasevych, a business advisor to Agoke, said things have changed from a time when First Nation people occupied only a handful of mill jobs.

“We’re in the boardroom now. We’re there making decisions with the partners and it’s a different time.”

Agoke has taken the lead in forest planning, silviculture, harvesting, road construction, wood hauling, and in developing the annual work schedule to allocate the harvest blocks, award contracts and set aside sensitive areas.

To get the wood flowing, the development corporation signed another groundbreaking agreement in June 2018 through a joint venture with Buchanan to supply the Nakina mill with fibre from the Ogoki.

At the Nakina sawmill and in the bush, training programs are underway for apprenticeship opportunities and for those entering the workforce for the first time, in entering occupations as lumber graders, log loaders and heavy equipment operators.

In the mill, Agoke surpassed its goal of achieving 75 per cent Indigenous employment with 80 per cent involvement among the 85 workers in the sawmill and planer operation.

“The reception (by the community members) at the beginning was one of uncertainty or a lack of confidence,” said Rasevych. “The mindset is starting to change slowly.”

The idea is to build their own capacity and experience through their own harvesting company, Agoke Lumber Limited Partnership, and to supply skilled labour to outside contractors working on the Ogoki.

“We have a dozen First Nation trainees that are ready to work as operators,” said Rasevych. “Some are working with contractors and our (Agoke) outfit. It’s looking very good and we’re going to keep growing that.”

Agoke has also invested in a remote work camp, an hour and a half north of Nakina, with bungalows that sleep 22 with room to run training programs and offering space for contractors.

Looking to the future, once a long-term forest management plan for the Ogoki is complete, they’re looking at more investment in mechanical harvesting and roadbuilding equipment in order to be ready to respond to other regional opportunities, such as in the mining industry or the winter road network.

Their goal is to create 300 jobs over the next five years and have a regional economic impact of more than $50 million.