Entrepreneurial Community of the Year: SAMSSA

“What we did on a Northern Ontario basis is build a one-stop shop on mining-related activities,” said DeStefano. “This is all about creating a new enterprise.”
Sep 1, 2020 3:06 PM By: NOBA Staff 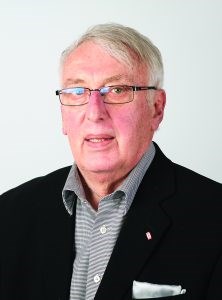 Fifteen years ago, the mining community in Sudbury was known around the world. But the local entrepreneurs who supported those mining companies? Considerably less so.

Everything changed in 2003 when Dick DeStefano formed SAMSSA – the Sudbury Area Mining Supply and Service Association.

DeStefano was supposed to be retired at the time, after a long and successful career in economic development and consulting. It didn’t last long before his friend Paul Reid at the Greater Sudbury Development Corporation sucked him back in.

Reid was curious about what could be done to help the 350-plus mining supply and service companies in Northern Ontario expand their reach.

“We met and he said, ‘You know, we have this cluster of companies, they’re all independent and they all do their own thing, do you see any value in getting them together? Would you consider it as a project for us?’” said DeStefano. “I worked for free, and came back with a proposal that we should create a tech cluster and promote it as a resource.”

DeStefano estimated that the mining supply and service industry at the time comprised an invisible economy generating $1.2 billion in taxes. But, while the sector was doing fine, it was also heavily reliant on two major local companies: Vale and Glencore.

“It was a real wealth creator that needed to be maintained but needed to break a greater market,” said DeStefano. They formed SAMSSA as a not-forprofit with DeStefano as the director, and a handful of active young companies as members. It was a learning experience to say the least.

“I am not a miner. I learned the mining supply industry because it was all about business as opposed to mining,” said DeStefano. “I visited 55 companies in 2004, shook hands with all the business guys.”

By 2008, SAMSSA had 100 active, engaged members. In those first five years, though, things moved slowly, intermittently.

“People were not convinced this would work. They didn’t want to give up their autonomy and contacts, but more and more they began to see the value of critical mass,” said DeStefano. “I call it the Wal-Mart model. In our case, we had all these companies, but the world didn’t know much about us collectively.”

The crash in 2008 served as a turning point, a sort of chance to prove the value of the organization. While other companies felt the blow, SAMSSA members weren’t as affected because they’d started to look at other markets; they’d diversified.

In the years that followed, things only picked up for SAMSSA, and today, the organization has hundreds of members across the region and beyond.

“What we did on a Northern Ontario basis is build a one-stop shop on miningrelated activities,” said DeStefano. “This is all about creating a new enterprise.”

SAMSSA is about to undergo yet another shift this year. After 16 years at the helm, DeStefano is retiring again, this time for good. As he looks back on the past decade and a half, and ahead to the work his replacement will do, DeStefano said he anticipates even more growth.