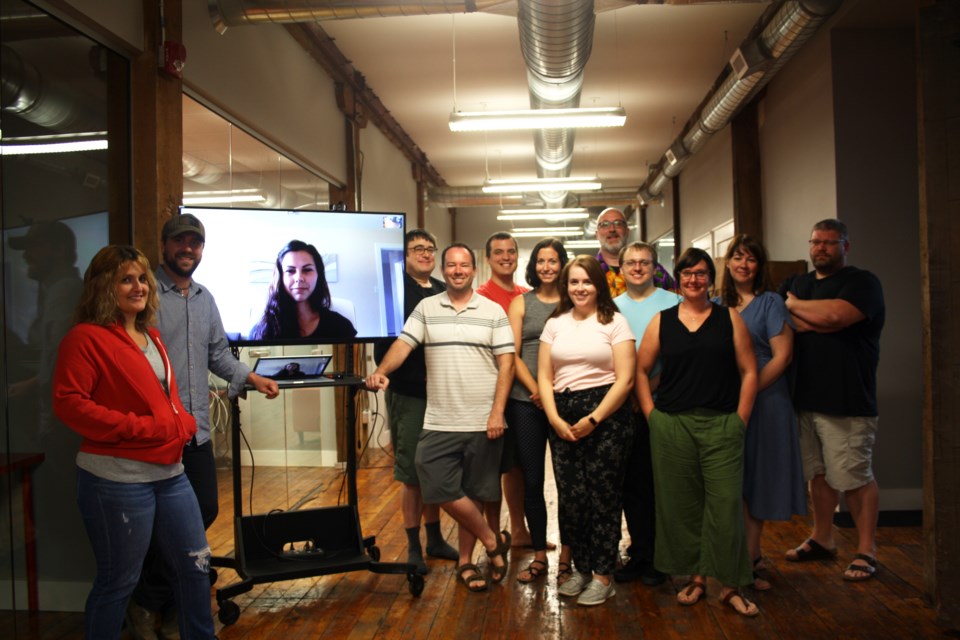 Whenever the CEO of MetricAid and his team would present their subscriberbased system to a room full of emergency department chiefs on how they had the solution to alleviate overcrowding and deliver better work-life balance to medical professionals, it would always immediately resonate.

Since the North Bay-based medical high-tech company’s launch in 2012, MetricAid had been making steady progress, adding two or three new clients every year. They had successfully made inroads into a number of high-profile GTA hospitals such as Mount Sinai, North York General and Brampton General Hospital.

But it wasn’t until their system was adopted in one of the largest hospitals in the United Kingdom – Royal Derby in 2018 – that business began to take off in Canada. In the past year, their client list has grown from 12 to 26 (as of May) serving hospitals and urgent care centres across Canada, into the U.S. and Britain.

“I think there’s a bit of gravitas of us having international clients that added a bit of luster back home,” said Blackwell, who worked as an ER clerk and administrator at North Bay Regional Health Centre for almost 14 years before spinning off the company.

“For people in health IT, especially folks like me that were front-line innovators, we have an expression: They never love you at home.”

The 17-employee company’s niche performs the thankless, but analytical, task of preparing emergency department schedules for its hospital clients, months in advance, based on doctors’ input of their shift preferences. As a third-party scheduler, they factor in vacations, private practices, doctors working at multiple sites, even wedding anniversaries. At the same time, other variables like hourly patient volumes are scored through the department and physicians’ individual performance in diagnosing patients.

“We’ve never had a problem convincing the emergency docs that this is a great thing,” said Blackwell. “It’s just getting the hospitals to pay for the service.”

Hospital procurement managers, who didn’t see the technology’s value, would wrinkle their noses and question the need for such a product from the ambitious startup.

But it always helped to have emergency room chiefs and cheerleaders like Dr. Howard Evans of Mount Sinai and North York General’s Kuldeep Sidhu to open doors and make introductions.

Now with the scheduler in its fourth iteration, and bolstered over the years with support from the Northern Ontario Heritage Fund and FedNor, the company is in expansion mode, acquiring Medevision, a competing service, last May, and on a hiring binge, with expectations to hire six to 10 more people within the year.

While MetricAid’s technology could probably be transferrable to other nonhealth- care sectors, Blackwell admits he has no interest in doing so, given the opportunities that lay ahead.

“I’m going to stick to my knitting. I’m an emerg guy.”

The company’s goal over the next two years is to sign on more Ontario hospitals and make enough improvements to patient flow “that we actually move the needle, provincewide.”

“I’d like to see Ontario be a leader in Canada on patient wait times and hopefully export that to the rest of Canada and make us a leader, globally.”

“If half the emergency departments in Canada were on our system, we’d have the lowest wait times in the civilized world.”