"It's hard for for the average person to imagine just how much energy is used by our whole world in one year and where exactly this energy comes from," she wrote in her essay.
Sep 3, 2020 9:15 AM By: NOBA Staff 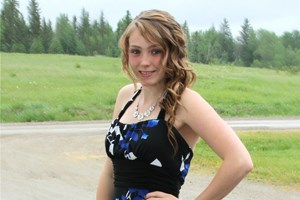 Victoria Coombs said she wasn't very energy conscious growing up. Throughout the years, she always thought that she should be, but simply didn't know where to start.

The 2012 winner of the Union Gas Essay Scholarship used that thought process in crafting her essay to write it from the perspective of somebody who isn't familiar with the steps of what it takes to reduce their own personal energy demands.

"I wrote it from my point of view, which is how I think a lot of people feel about the subject," she explained. "They realize that there are problems, that they should do something, but they don't know how, then they just don't bother."

Her essay, entitled "Directing my energy to reducing energy demands," highlights common and useful tips to help make a difference when it comes to green energy.

"It's hard for for the average person to imagine just how much energy is used by our whole world in one year and where exactly this energy comes from," she wrote in her essay. "The truth is, fossil fuels, such as oil and coal, provide most of our world's energy."

Coombs explains the fact that fossil fuels are non-renewable resources, and after every passing year, they become more and more rare.

"When I started to do some research for the essay, I was very surprised with what I found," she said. "I think it changed me. Made me think of a lot of different ways on how to do things."

Ideas presented in the essay include simple solutions, from walking to school, as opposed to driving, and turning off all the lights and appliances in the room when done with them, to more complicated ones, such as the 100-mile diet, which challenges individuals to eat and drink food grown and produced within 100 miles of their location.

Coombs explains that the the majority of food she eats travels over 4,300 kilometres just to get to her local grocery store.

"That was the most difficult of them all, I think," said Coombs. "It's something that you have to do a lot of planning before you begin."

Her family has followed suit with her hometown's green energy plan and installed some solar panels on their property.

In addition, for warmth during the cold winter nights, they use a wood stove to heat their house.

They also rely on harvesting from their backyard garden and cut down on visits to the grocery store in Kapuskasing.

Coombs has been doing her part by biking around the community instead of driving.

"Writing the essay, I think it changed me," she said. "It made me think of a lot of different ways on how to do things. Things that need to be changed. Simple things that anyone can do.

"I realized that a lot of those options in my essay are things I should be doing in my own life."

Coombs has recently moved to Ottawa to take hotel and restaurant management at Algonquin College.

The program was something that always interested her since working in a restaurant in her hometown of Kapuskasing.

She also enjoys scrapbooking, and arts and crafts, such as making jewelry and homemade cards.

Growing up on a farm, Coombs learned from an early age that much entertainment can found playing outside, as opposed to staying inside.

After she completes her course in Ottawa, Coombs said that she fully plans on moving back North.

Although she doesn't know yet know if it will be back to Kapuskasing, she's certain she won't be staying south.